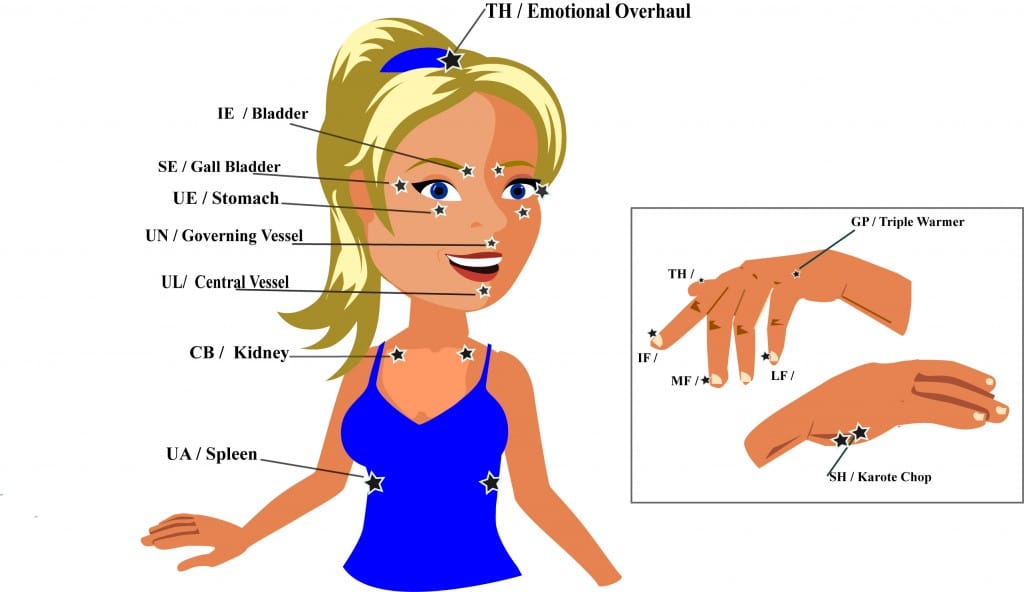 Energy meridians that run through our body can be blocked or disrupted by unresolved, not dealt with emotional issues, there by compromising the natural healing potential of the body.

Quite often, people are aware of the events or memories that trigger emotional discomfort in their lives, but they have not yet connected those memories to the symptoms of disease in their bodies. Using EFT, it is possible to revisit the event(s) in question, and balance the disturbed meridians. Properly done, both emotional anguish and the physical symptoms often subside.

EFT simplifies the realignment process of the body, by gently tapping on key meridian points on the head, torso and hands.

EFT is sometimes called “acupuncture without needles” and generates its results by balancing the body’s energy meridians while the client “tunes in” to their problem in a gentle, conversational manner. In this way, an important link is established between mind and body. It parallels acupuncture, except that needles are not used. Instead, certain meridian points are stimulated by tapping with the fingertips while the client focuses on the issue they wish to resolve.

A simple way to explain how the EFT strategies work is to use the analogy of a circuit breaker in your kitchen. Once the circuit is over-powered, you cannot turn the lights on or get the refrigerator to cool until the circuit breaker has been reset. EFT resets the circuits in a person’s body and mind.

The best part is that you don’t have to believe it will work for it to work! You can remain completely skeptical and it will still work.